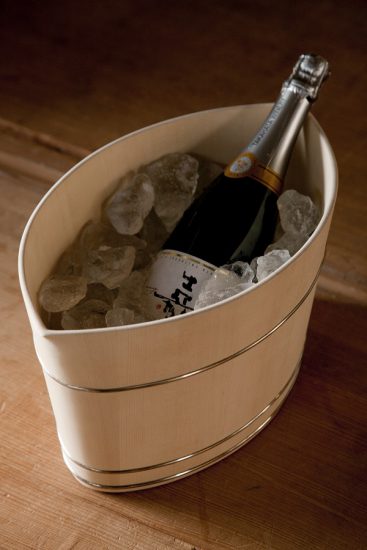 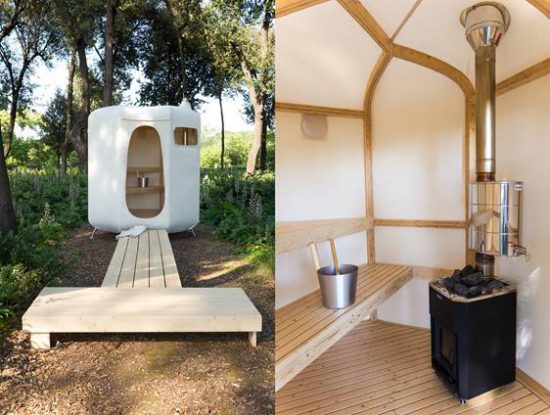 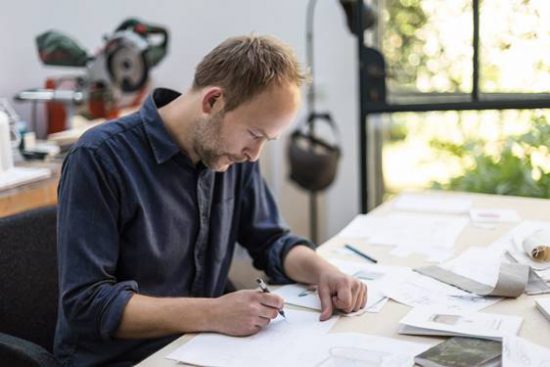 Half from France and Finland, Johan Brunel is a designer graduated in Paris from ENSCI design school and ENSAAMA metal studio. He worked successively as studio designer in Israel, as set designer for the Centre Pompidou in Paris, as design teacher at the ESAD in Reims, he created his own studio in 2004.

He creates special pieces and installations. He draws furniture produced at different scales: Usinages & sentiments, a product collection realized in his workshop, or in residence with Hand in Hand, a bamboo collection created in dialogue with Taiwanese craftsmen.

In 2014, he was awarded the Prix Emile Hermès for La Capsule Ventilée, a bioclimatic relaxation shelter. In 2015, he was elected as a resident of the French Academy in Rome at Villa Medici, where he led a project around water issues and thermal practices.

Seeking for comforting more than for comfort alone, Johan Brunel continues in Japan his study of “things that feel good”, especially those that serves the moment of the Bath. Resident at Villa Kujoyama in Kyoto from January to June 2018, he is interested in what happens during communal bathing (sento, onsen) and he seeks to transmit its qualities into other contexts.

He is currently working, in collaboration with the designer and architect Nicolas Omet, to create a place of baths and culture inspired by their explorations of cosmopolitan thermal practices, especially by Japanese onsens and Finnish saunas.

Nakagawa Mokkougei represents the fine tradition of Kyoto wood crafting where time-honoured skills are passed on from father to son. Shuji Nakagawa is the third-generation of Nakagawa Mokkougei. In 2001 his father, Kiyotsugu, was recognized for his commitment to Japanese design heritage. In his work, Shuji Nakagawa seeks to expand the possibility of traditional Japanese wooden buckets, retaining the structure of previous buckets, while adapting the design and usage to suit modern everyday life. In addition, he has collaborated with renowned designers to create new highly acclaimed pieces such as champagne coolers and stools.

In addition to designing everyday objects, he also collaborates with contemporary artists such as Hiroshi Suigimoto. This has resulted in wooden buckets as art pieces – these have been exhibited in New York and London where they have been very well received. These collaborations have allowed Shuji to show another side of himself, that of sculptor.

Shuji Nakagawa’s Champagne Cooler Konoha has been selected by Dom Perignon as its official champagne cooler while his Big Trays of Parquetry was a finalist for the 2017 Loewe Craft Prize. In 2016 his Ki-oke Stool was acquired the permanent collection of the V&A museum in London; the following year it was acquired for the permanent collection of Musée des Arts Deécoratifs in Paris.

錫製品の素材について / About the Materials Used in Pewter Products

Regarding Orders and Shipment for Overseas Customers

At Seikado, international orders and overseas shipment are conducted through the purchasing agency.

Any cookies that may not be particularly necessary for the website to function and is used specifically to collect user personal data via analytics, ads, other embedded contents are termed as non-necessary cookies. It is mandatory to procure user consent prior to running these cookies on your website.